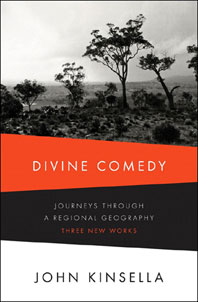 A three-part, epic work challenging our notions about the environment by Australia’s preeminent poet of the natural world.

Consisting of Purgatorio: Up Close, Paradiso: Rupture, and Inferno: Leisure Centre, John Kinsella's "distractions" on Dante's Divine Comedy journey through time and space. Set in a wheat-belt Western Australia, these poems are a phantasmagoria of the real and imagined, depicting nature in its full regalia, resisting forces of environmental damage and human indifference.