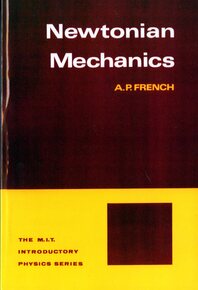 The text material in the present volume is designed to be a more or less self-contained introduction to Newtonian mechanics, such that a student with little or no grounding in the subject can, by beginning at the beginning, be brought gradually to a level of considerable proficiency.

A rough guide to the possible use of the book is suggested by its division into three parts. Part I, The Approach to Newtonian Dynamics , is intended to serve two purposes. First, it does discuss the basic concepts of kinematics and dynamics, more or less from scratch. Second, it seeks to place the study of mechanics squarely in the context of the world of physical phenomena and of necessarily imperfect physical theories.

Part II, Classical Mechanics at Work, is undoubtedly the heart of the book. The initial emphasis is on Newton's second law applied to individual objects. Later, the emphasis shifts to systems of two or more particles, and to the conservation laws for momentum and energy. A fairly lengthy chapter is devoted to the subject that deserves pride of place in the whole Newtonian scheme-the theory of universal gravitation and its successes, which can still be appreciated as a pinnacle in man's attempts to discover order in the vast universe in which he finds himself.

Part III, Some Special Topics, concerns itself with the problems of noninertial frames, central-force motions, and rotational dynamics.