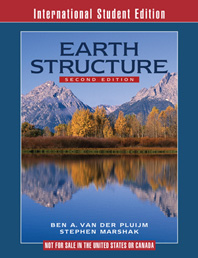 For the Second Edition of Earth Structure: An Introduction to Structural Geology and Tectonics, the authors have heavily revised each chapter while preserving the overall structure of the First Edition.

New to the Second Edition: