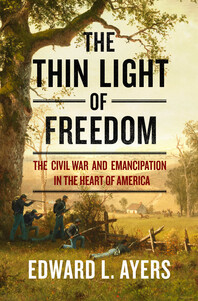 Amid the devastation of war rise the first stirrings of freedom in this absorbing, ground-level narrative by an acclaimed historian.

North of the Mason-Dixon line, free black families sent husbands and sons to fight with the US Colored Troops. In letters home, even as Lincoln commemorated the dead at Gettysburg, they spoke movingly of a war for emancipation. As defeat and the end of slavery descended on Virginia, with the drama of Reconstruction unfolding in Washington, the classrooms of the Freedmen’s Bureau schools spoke of a new society struggling to emerge. Here is history at its best: powerful, insightful and grounded in human detail.