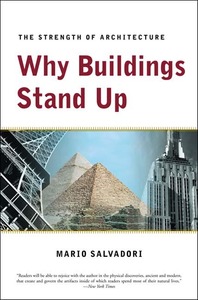 "Readers will rejoice... in the physical discoveries, ancient and modern, that create and govern the artifacts inside of which readers spend most of their natural lives."—New York Times

Between a nomad's tent and the Sears Tower lies a revolution in technology, materials, and structures. Here is a clear and enthusiastic introduction to buildings methods from ancient times to the present day, including recent advances in science and technology that have had important effects on the planning and construction of buildings: improved materials (steel, concrete, plastics), progress in antiseismic designs, and the revolutionary changes in both architectural and structural design made possible by the computer.