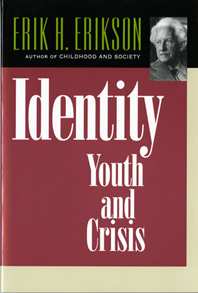 Identity, Erikson writes, is an unfathomable as it is all-pervasive. It deals with a process that is located both in the core of the individual and in the core of the communal culture. As the culture changes, new kinds of identity questions arise—Erikson comments, for example, on issues of social protest and changing gender roles that were particular to the 1960s.

Representing two decades of groundbreaking work, the essays are not so much a systematic formulation of theory as an evolving report that is both clinical and theoretical. The subjects range from "creative confusion" in two famous lives—the dramatist George Bernard Shaw and the philosopher William James—to the connection between individual struggles and social order. "Race and the Wider Identity" and the controversial "Womanhood and the Inner Space" are included in the collection.