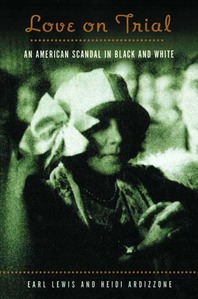 "Too important to be ignored…A fascinating look at America's obsession with race, pride, and privilege." —Essence

A modern Cinderella must defend her fairy-tale marriage in a scandal that rocked jazz-age America. When Alice Jones, a former domestic, married Leonard Rhinelander in 1924, she became the first black woman to be listed in the Social Register as a member of one of New York's wealthiest families. Once news of the marriage became public, a scandal of race, class, and sex gripped the nation—and forced the couple into an annulment trial.

"A compelling read…More than a story of love gone wrong, this book concerns the prickly nature of racial identity, how it is defined, and what it means to be black or white—or both—here." — Boston Globe

"A great story…Earl Lewis and Heidi Ardizzone tell it very well, retaining much of the drama that riveted the American public [almost a century] ago." — Ann Fabian, Chicago Tribune