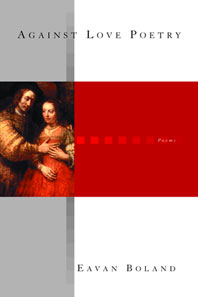 A collection of poems about marriage by one of our most celebrated poets.

These powerful poems are written against the perfections and idealizations of traditional love poetry. The man and woman in these poems are husband and wife, custodians of ordinary, aging human love. They are not figures in a love poem. Time is their essential witness, and not their destroyer. A New York Times Notable Book and a Newsday Favorite Book of 2001.