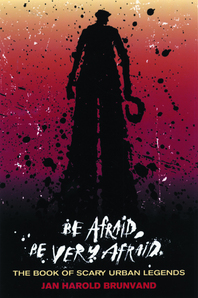 An anthology of the most chilling urban legends of all time collected by the maestro himself.

Urban legends are those strange, but seemingly credible tales that always happen to a friend of a friend. For the first time, Professor Jan Harold Brunvand, "who has achieved almost legendary status" (Choice), has collected the creepiest, most terrifying urban legends, many that have spooked you since your childhood and others that you believe really did occur—even if it was one town over to some poor hapless coed who left a party early only to be followed by a man who just got loose from a mental hospital. From the classic hook-man story told around many a campfire to "Saved by a Cell Phone," these spine-tingling urban legends will give you goose bumps, even when you know they can't be true. Still, you'll continue to check the backseat of your car at gas stations and look under your bed at night before praying for sleep.