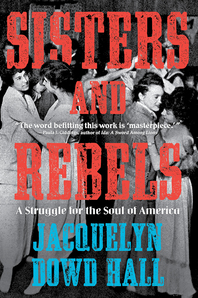 Three sisters from the American South wrestle with orthodoxies of race, sexuality and privilege.

Born into a former slaveholding family, Elizabeth, Grace and Katharine Lumpkin were raised in a culture of white supremacy. While Elizabeth remained a lifelong believer, her sisters reinvented themselves as radical thinkers, working for racial justice, women’s liberation and labour rights. National Humanities Award-winning historian Jacquelyn Dowd Hall traces the sisters from their childhood in the Deep South to the progressive zeal of the early twentieth century and towards our contemporary moment. By threading these women’s stories through a century of history, social movements and intellectual debates, Hall makes visible forgotten sites of experimentation and creative thinking. She demonstrates how the fraught ties of sisterhood were tested and frayed as each sister struggled, albeit in radically different ways, to reinvent herself as a modern woman, grapple with a legacy of racism and remake the American South as a place to call home.