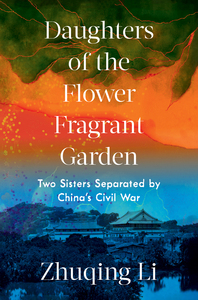 What Ukrainian Families Can Learn from Taiwan

Sisters separated by war forge new identities as they are forced to choose between family, nation and their own independence

Scions of a once-great southern Chinese family that produced the tutor of the last emperor, Jun and Hong were each other’s best friends until, in their twenties, they were separated by chance at the end of the Chinese Civil War. For the next thirty years, while one became a model Communist, the other a model capitalist, they could not even communicate.

On Taiwan, Jun married a Nationalist general, established an important trading company, and ultimately emigrated to the United States. On the Communist mainland, Hong built her medical career under a cloud of suspicion about her family and survived two waves of “re-education” before she was acclaimed for her achievements.

Zhuqing Li recounts her aunts’ experiences with extraordinary sympathy and breathtaking storytelling. A microcosm of women’s lives in a time of traumatic change, this is a fascinating, evenhanded account of the recent history of separation between mainland China and Taiwan.

"With sensitivity and sincerity, Daughters of the Flower Fragrant Garden takes readers through the most complicated, difficult, sorrowful, and indecipherable years in China’s modern history. Zhuqing Li’s beautifully narrated family stories are tightly entangled with the wider historical context, unfolding on a magnificent scale, and evoke unique feelings of pain and helplessness that belong to that era." — Ai Wei Wei, author of 1000 Years of Joys and Sorrows

"Li Zhuqing has captured the agonizing struggle of late-20th-century Chinese history within the microcosm of her own extraordinary family, split by chance in the tumultuous summer of 1949. This is a tale of accidental exile, capitalism and communism, medicine and mercantilism, lifelong nostalgia and wilful forgetting, and the breathtaking resilience of two sisters, Li's indomitable aunts. How lucky we are that their niece has the skill and devotion to tell their story so well." — Janice Nimura, author of The Doctors Blackwell

"A heartrending story, beautifully told, about the struggles and triumphs of two sisters separated by the Taiwan Strait, but united in their determination to pursue meaningful lives amid political upheaval. I couldn’t stop reading it." — Amy Stanley, author of Stranger in the Shogun's City

"In gorgeous prose, Zhuqing Li tells a story that is at once distinctive and familiar, of Chinese families of a certain generation that lived through wars, revolutions, separations, and reunions. I couldn’t put it down.  A lovely book." — Mae Ngai, author of The Chinese Question

"At last, a profoundly human story that illuminates the staggering personal consequences of China and Taiwan’s historic split—from both sides. Rare is the author who can portray war and its aftermath so evenhandedly. This powerful page-turner of a family torn apart—and surviving—is as unforgettable as it is important." — Nicole Mones, author of The Last Chinese Chef

"Beginning in war-torn China, Daughters of the Flower Fragrant Garden tells a compelling story about diaspora, root-seeking, and the triumph of familial love and human perseverance." — David Wang, author of The Lyrical in Epic Tim