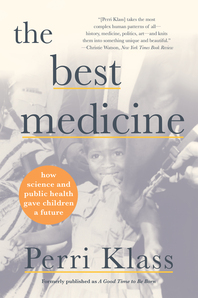 The fight against child mortality that transformed parenting, doctoring and the way we live

Only one hundred years ago, even in the world’s wealthiest nations, children died in great numbers—of diarrhea, diphtheria and measles, of scarlet fever and meningitis. Culture was shaped by these deaths; diaries and letters recorded them, poets and writers wrote about and lamented them. Not even the high and mighty could escape: presidents and titans of industry lost their children, the poor and powerless lost theirs even more frequently.

The near-conquest of infant and child mortality is one of our greatest human achievements. Perri Klass pulls the story together for the first time, paying tribute to scientists, public health advocates and groundbreaking women doctors who brought new scientific ideas about sanitation and vaccination to families. Thanks to their work, early death is now the exception, bringing about a massive transformation in society and freeing parents to worry a lot more about a lot less.