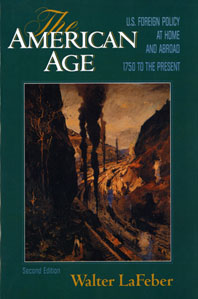 In the Second Edition, LaFeber has revised nearly every chapter in the book. In the early chapters, there is more attention to the origins of foreign policy institutions and practices, including precedents for the executive agreement, and new discussions of U.S. relations with Britain in the eighteenth and nineteenth centuries. The more recent chapters feature fresh insights of Potsdam, the origins of the Korean War, and the Cuban Missile Crisis--all based on new evidence drawn from Soviet archives. The new edition amply covers the momentous events that brought the Cold War to an end and thrust the United States into the uncetain position of the world's only superpower.