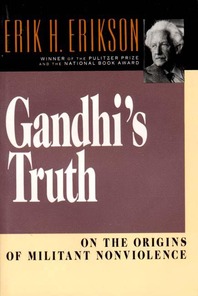 In this study of Mahatma Gandhi, psychoanalyst Erik H. Erikson explores how Gandhi succeeded in mobilizing the Indian people both spiritually and politically as he became the revolutionary innovator of militant non-violence and India became the motherland of large-scale civil disobedience.