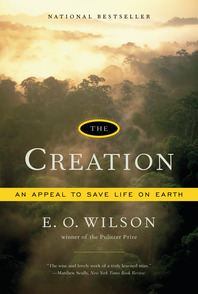 The book that launched a movement: “Wilson speaks with a humane eloquence which calls to us all” (Oliver Sacks).


Called “one of the greatest men alive” by The Times of London, E. O. Wilson proposes an historic partnership between scientists and religious leaders to preserve Earth’s rapidly vanishing biodiversity.

"One of our greatest thinkers says we can only rescue the earth by starting with its smallest inhabitants. ... Read this book." — The Times (London)

"If humankind finds a way to live in peace together, and in harmony with nature, E. O. Wilson will have played a unique role in that deliverance." — Jeffrey Sachs