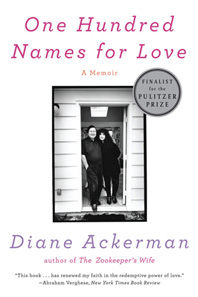 "A testament to the power of creativity in language, life—and love." —Heller McAlpin, Washington Post

It is a truism that lovers have their own language. And the love story—extending over more than forty years—of acclaimed writers Diane Ackerman and Paul West is equally a story of the love of language and its mysteries. In this heart-warming, uplifting memoir, Ackerman explores the brain’s ability to find and connect words—and of the latest science behind what happens when it fails to do so. Exposing both the terror of losing language and the giddy exhilaration of its recovery, Ackerman opens a window into the experience of wordlessness and testifies to the joyous necessity of wordplay for the health of both mind and spirit.

“The driving emotional story, told with skill, is the retrieval of the exciting intimacy of language, which can have a healing power beyond that of medical science.” — Terri Apter, Times Literary Supplement