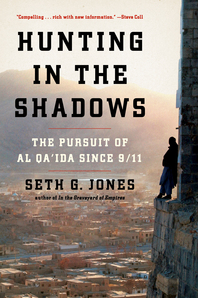 From one of our most trusted counterterrorism experts, a sweeping, insider's account of the decade-long chase for America's deadliest enemy.

This landmark history chronicles the dramatic, decade-long war against al Qa’ida and provides a model for understanding the ebb and flow of terrorist activity. Tracing intricately orchestrated terrorist plots and the elaborate, multiyear investigations to disrupt them, Seth G. Jones identifies three distinct “waves” of al Qa’ida violence. As Jonathan Mahler wrote in the New York Times Book Review, “studying these waves and the counterwaves that repelled them can tell us a lot about what works and what doesn’t when it comes to fighting terrorism.” The result is a sweeping, insider’s account of what the war has been and what it might become.