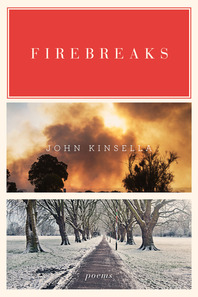 Known for a poetry both experimental, “activist” and lyrical that reinvents the pastoral, John Kinsella considers his and his family’s life at Jam Tree Gully, in the Western Australian wheatbelt and his deeply felt ecological concerns in this new cycle of poems about place, landscape, home and absence. Part One, “Internal Exile”, explores issues of departure and return as well as alienation in Jam Tree Gully. Part Two, “Inside Out”, reevaluates how Kinsella and his family deal with ideas of “space” and proximity while also looking out into the wider world. How do we read an ecology as refuge? What lines of communication with the outside world need to be kept open? As Paul Kane observed in World Literature Today, “In Kinsella’s poetry . . . are lands marked by isolation and mundane violence and by a terrible transcendent beauty".