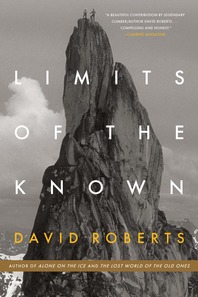 A celebrated mountaineer and author searches for meaning in great adventures and explorations, past and present.

In a book that is part memoir and part history, David Roberts looks back at his personal relationship to extreme risk and tries to make sense of why so many have committed their lives to the desperate pursuit of adventure.

In the wake of his diagnosis with throat cancer, Roberts seeks the answer with sharp new urgency. He explores his own lifelong commitment to adventuring, as well as the cultural contributions of explorers throughout history. He looks at what it meant in 1911 for Amundsen to reach the South Pole or in 1953 for Hillary and Norgay to summit the highest point on earth. And he asks what the future of adventure is in a world we have mapped and trodden all the way to the most remote corners of the wilderness.

"This encapsulating narrative pinpoints human spirit and the limitations of the human body in the world of thrilling adventure." — Adventure Travel

"... his tales are thoughtful and insightful... A thoroughly enjoyable and readable book which manages to provide food for thought as well as a healthy dose of vicarious adrenalin." — The Scottish Mountaineer

"Limits of the Known takes the reader on magnificent journeys with some of the greatest explorers of their generations. The book is meticulously researched and skilfully written." — Climber

"What will almost certainly be the last of Roberts's many books is powerful and honest testimony to a life rich in both action and self-examination." — Times Literary Supplement