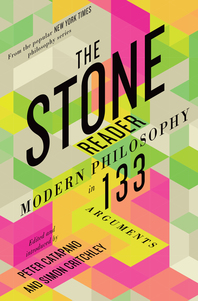 A timeless volume to be read and treasured, The Stone Reader provides an unparalleled overview of contemporary philosophy.

Once solely the province of ivory tower professors and university classrooms, contemporary philosophy was emancipated from its academic closet in 2010, when The Stone was launched in The New York Times. First appearing online, the column has attracted millions of readers through its accessible examination of topics like the nature of science, consciousness and morality, while also probing more contemporary issues such as the morality of drones, gun control and the gender divide.

Collected for the first time, The Stone Reader presents 133 influential pieces, placing nearly the entirety of modern philosophical discourse at a reader’s grasp. With an introduction that details the column’s founding and editorial process, this collection is an intellectual landmark.